New Mum, Francesca, shares her journey of breastfeeding her little boy, including her ups and downs with milk supply, tongue tie and intensive care. 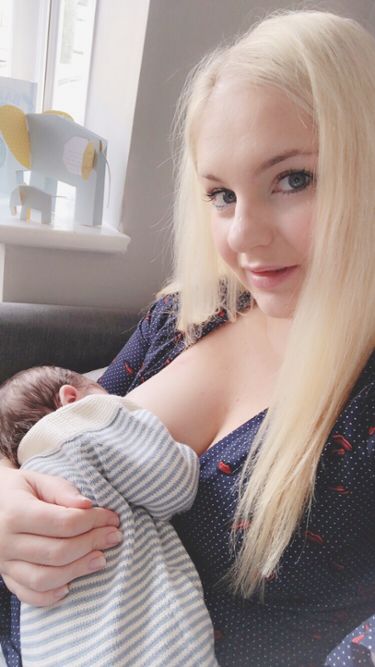 Before I gave birth to my beautiful boy, I always said that I would go in with an open mind and if I could breastfeed, I would be happy but if I couldn’t, I wouldn’t feel disheartened. However, that was so far from the truth after I had given birth. I fell in love with breastfeeding and I was determined not to give up.

After I had given birth, my baby was taken straight into intensive care. We had no skin to skin and no time to commence feeding. He was tube fed for two days. As well as the obvious emotions felt from the traumatic delivery and post birth experience where my baby was unwell, I was so disheartened and upset that I could not feed my son or get to experience that first contact with him. 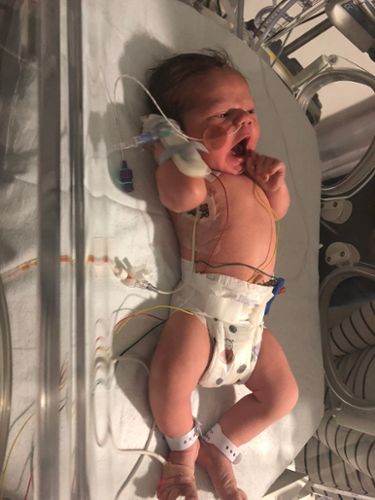 I didn’t think it would be possible to breastfeed my little one, however spending time with the breastfeeding team on the NICU, I began to build confidence. Once my baby had left the incubator and the NG tube had been removed, I was determined to try. During the two days that I was unable to breastfeed, I expressed colostrum into an oral syringe. This was really difficult as I had to do this in the absence of my baby and what I had expressed was so little, I felt that it was insignificant. I took what I had expressed up to the unit where my son was anyway, as I was determined to keep expressing until my milk came in.

I knew from what other mums had said and from researching online previously, my milk should have come in by Day 5. My milk took longer than this to come in and so in the meantime, my baby was breastfed with what I managed to express, as well as being topped up with formula.

At first, it was a challenge getting to him to latch on. He was used to getting full without having to work for it and so it took a while for him to get used to latching on to my breast. It also took a lot of perseverance. I was with him every day for feeding opportunities. Even during the night, the unit would ring my ward when my baby was waking, I would then hurry up to the unit to feed him and have some skin to skin time and hopefully boost my milk supply.

During my time spent on the unit, the nurses gave me use of a Medela Symphony Breast Pump which I used to pump after each feed to build up milk supply. I didn’t get a great amount and even though this impacted upon my confidence, I knew it wasn’t a reflection of my milk supply, so I persevered with it.

My baby was slowly putting weight back on and eventually we were discharged from hospital. In the back of my mind, I always thought I had low milk supply because my feeds never lasted longer than ten minutes and my breasts never felt full. Despite this, I continued to stick at. I continued to express and rented a Medela pump at home.

By Week 4, my baby finally regained his birth weight and even though this is usually achieved in the first week, it gave me confidence because he was gaining and not losing weight.

However, in Week 6, my baby had not gained any weight which really upset me, because I started to believe that I had low milk supply and that I was unable to feed my baby despite it being such a natural thing to do.

The infant feeding team came out to assess me and my baby and gave me lots of suggestions to help rebuild my milk supply, such as power pumping, taking fenugreek and eating more of certain foods.  They also noticed that he had a posterior tongue tie and arranged for this to be corrected. After the tongue tie procedure, we both had to go back to basics with breastfeeding, but I wanted to persevere anyway.

I used the Medela pump around the clock to build my supply back up and it did just that. I would have been stuck without it.

Since then, his feeds have been longer and he has been settling easier. Prior to this, my baby was often fractious and unsettled during and after feeds. I attended my local clinic for weigh ins, and he has piled on the pounds! In Week 5, he had only put on 4oz in the previous two weeks but he then put a whole pound on in Weeks 8-9!

My son is now 14 weeks old, we are still breastfeeding and I am still expressing using the Medela pump. Breastfeeding is hard work, tiring and time consuming but I have fallen in love with being able to breastfeed my baby and that is why I was so determined to carry on our special journey. I am so glad that I never gave up.

Breastfeeding was far from a natural experience for me but we finally got there and now, there is nothing more I love doing. I would urge others to have the confidence to keep on trying because it really does create a beautiful bond.

Thank you to mum, Francesca, for sharing her breastfeeding experience. If you would like to share your breastfeeding story please email, medelamums@gmail.com

Next: Breastmilk Continues To Wow Us – New Research Revealed for Breastfeeding