My Breastfeeding Story: My Struggles with Tongue Tie and Milk Supply

Mandy shares her journey of breastfeeding her son, including her struggles with her milk supply and how tongue tie affected her first few days of trying to breastfeed. 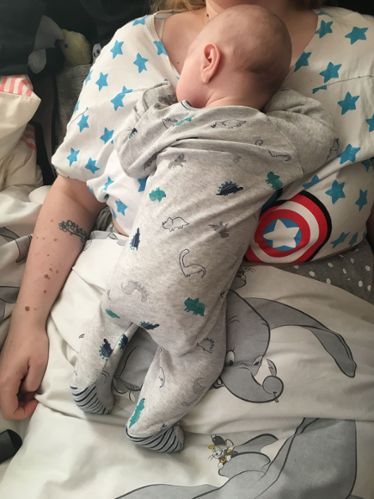 When I first discovered I was pregnant, my intention was to breastfeed. I’d heard horror stories of other people’s battles with sore nipples, low milk supply and latching problems, but I was determined to feed my baby my breastmilk.

I gave birth to my little boy in March 2019, we discovered pretty quickly that he had a severe tongue tie, which meant he really struggled to latch on. I had every midwife in the hospital helping me get him to latch properly but as soon as I was on my own, I just couldn’t get it to work. My baby would get really upset because he was hungry, and I was frustrated because I felt I was failing him before we’d even started. I gave in and gave him ready made bottles, because I felt like I couldn’t make breastfeeding work for me.

A midwife came to visit the day after we went home, and again, she tried to help me get him to latch, but he wasn’t taking any milk. I tried to express but could barely manage a drop! It was very disheartening, but my husband was wonderful and so supportive- he convinced me that I just had to keep trying and that my struggles with feeding were not a reflection of me as a mum.

I would cry during the night feeds when I was trying to get him to latch, before I would give in and feed my son from a bottle. 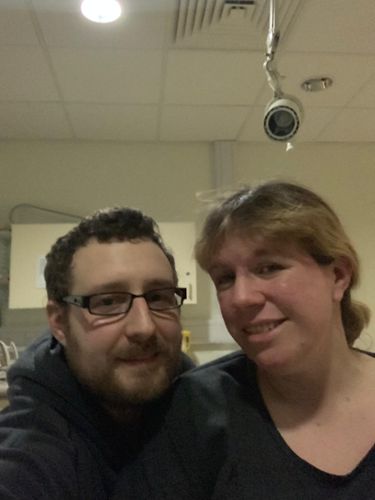 At 4 days old, he had his tongue tie cut but I was told he still had a posterior tongue tie, which meant that my little boy still wouldn’t latch properly. My midwife suggested I use a nipple shield, and like magic, my son was able to latch on straight away! I was actually feeding my son myself! It was the most rewarding feeling ever to have these magical moments between us.

We recently had his posterior tongue tie cut and although I still use nipple shields, his latch is just perfect! We are now trying to wean him off the shields, but we have come on leaps and bounds from where we started. I am so proud of myself and what me and my little boy have achieved.

Without the support of my husband, midwives and breastfeeding teams, I would have given up. I am so happy that I stuck with it and my little boy is thriving! My support network made such a difference during the challenging times. Even if we never get rid of the nipple shields, to be able to breastfeed my son is magical and I feel like we are the dream team now!

Thank you to mum, Mandy, for sharing her breastfeeding experience. If you would like to share your breastfeeding story please email, medelamums@gmail.com

Next: 5 of the Best Autumnal Newborn Baby Activities
x