08 November 2017
Baar, 8 Nov 2017. “Mother’s own milk is the best medicine a premature infant can receive,” says Professor Guido Moro. The world’s first meta-study of over 100,000 premature babies in the UK and Germany offers powerful evidence that human milk saves lives and improves brain and immune system development. It also saves society tens to hundreds of millions each year in healthcare and educational costs. It is time to make sure every premature baby in hospital gets human milk.
Share this content

Human milk feeding prevents complications in the first year of life which are often deadly, like Sudden Infant Death Syndrome (SIDS), necrotizing enterocolitis (NEC, partial bowel tissue death), and sepsis. It is estimated that in the UK and Germany alone, human milk feeding could prevent 475 deaths each year.

As the baby grows and matures, early human milk feeding also reduces the probability of coronary heart disease, obesity, and neurodevelopmental impairment. It not only saves lives, it makes the quality of those lives better.

That is why the lifelong impact on society is also impressive, in terms of lower direct healthcare costs and conversely, higher productivity. Feeding the premature newborn population human milk each year, the UK could gain another EUR 201 million in GDP annually, Germany EUR 174 million. 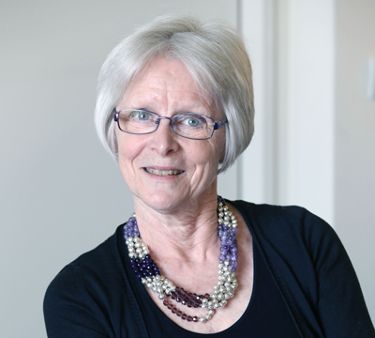 “The educational costs for these babies eclipse the healthcare costs” says Professor Paula Meier, in this exclusive interview, explaining how human milk impacts brain development. Her new study at Rush University Medical Center (1) shows that the higher the dose of human milk, the better the short-term and lifelong brain function for premature and low-birth-weight babies. Human milk also facilitates optimal brain development later, during the adolescence, when both brain and body are under significant stress (2).

“Mother’s own milk is the best medicine a premature infant can receive. This is what I have told every worried mother in the hospital,” says Professor Guido Moro, first president of the European Milk Bank Association, awarded the “Gold Medal” from the City of Milan for his scientific and social work.

15 million premature babies are born every year around the world, fully 11 percent of the global population. That is why the York model was developed to be applied universally, so that any country can assess the potential health and economic benefits of feeding human milk to premature babies, within the context of its own healthcare system.

James Mahon, economist and lead author of the York study, says, “The results speak for themselves. If any pharmaceutical product with no side effects promised to save the National Health Services EUR 34 million every year, the government would rightly put pressure on the health service to ensure its adoption into routine clinical practice.” It is time to make human milk feeding for premature babies the universal hospital standard. 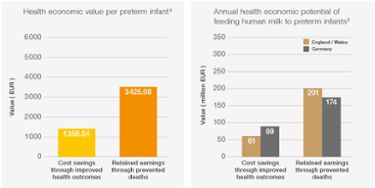 Founded in 1961 by Olle Larsson and headquartered in Switzerland, Medela today is led by his son Michael Larsson. Medela concentrates on two business units: "Human Milk", the leader in the development and production of breast milk feeding products and solutions, and "Healthcare", which engineers and manufactures highly innovative medical vacuum technology solutions. Medela conducts basic research in partnership with leading scientists, medical professionals and universities, and uses the research results in the development of its breastfeeding products and solutions. Medela has 18 subsidiaries in Europe, North America and Asia, and together with independent partners distributes its products in more than 100 countries. The company employs more than 1,800 staff worldwide, 440 of whom are located in the Canton of Zug, Switzerland.